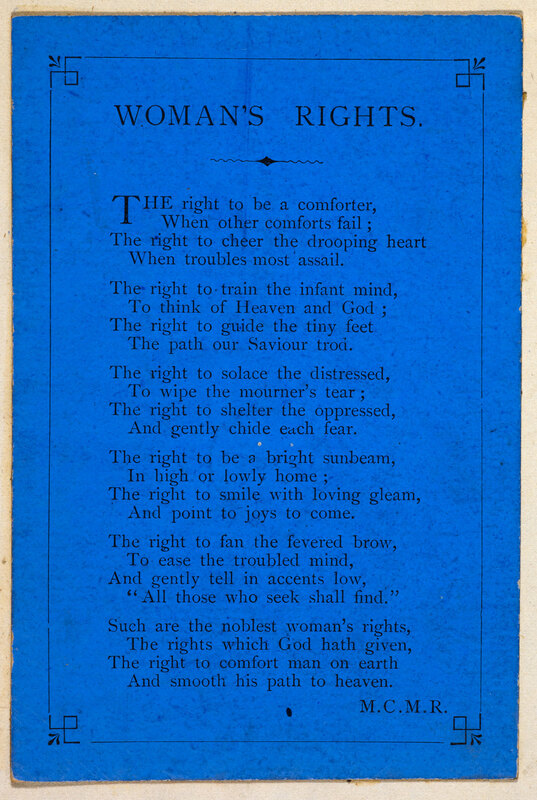 The Victorian Age was an interesting one for the United Kingdom; it was simultaneously a functioning society of  pressured gender roles, as well as a developing one for progressivism. Women were oppressed by their male counterparts, in family life, marriage life, and through politics, yet writers and other brave souls began voicing their opinions about the unfair treatment of women in British culture.
According to “Victorian Ideals: The Influence of Society’s Ideals on Victorian Relationships,” an article by Felicia Appell of McKendree University, “Women in the Victorian society had one main role in life, which was to marry and take part in their husbands’ interests and business. Before marriage, they would learn housewife skills such as weaving, cooking, washing, and cleaning” (Appell). A woman’s worth was totaled through her ability to complete domestic tasks to take care of her husband and eventually a family. The man’s world and the woman’s world were two completely different places, where men had to strive for financial success and high status, women were left to live a completely domestic and mundane life. However, one of the most valued traits among women in the Victorian era was innocence.
Young girls and women were forced to walk a fine line between prudishness and promiscuousness. “Gender Roles in the 19th Century” an article by Katherine Hughes on the UK British Library states that “a young girl was not expected to focus too obviously on finding a husband. Being ‘forward’ in the company of men suggested a worrying sexual appetite. Women were assumed to desire marriage because it allowed them to become mothers rather than to pursue sexual or emotional satisfaction” (Hughes). On the contrary, however, it was abnormal for men to retain their virginities for their marriages, as they often hired prostitutes in the red-light districts located throughout the Victorian cities. Lord Alfred Tennyson’s poem “Now Sleeps the Crimson Petal” provides more insight into the sexual dynamic of Victorian couples, especially since it reads to me about a man asking a woman to offer him her sexual innocence. The line “Now folds the lily all her sweetness up” (line 11) is metaphoric for a woman saving her virginity for her husband and is now offering it to him per the husband’s request. The Victorian era seems hypocritical since it was a time where sex was a taboo conversation topic, but it was also a large practice behind closed mouths and doors, with men buying the services of a prostitute on a whim, but women remaining virgins until the time chosen by a man.
Depressingly, domestic violence was a growing problem during the nineteenth century. According to Ben Griffin’s book The Politics of Gender in Victorian Britain, “during that century there was ‘a rising volume and range of complaints about male violence in marriage’” (Griffin 70). This sparked a panic among the people of British in the 1840s, with much pressure loaded onto Parliament to pass legislation to protect those affected by domestic violence. This lead to many bills and reforms added to British legislation, including the 1853 Aggravated Assaults on Women and Children Act and the “creation of the Divorce Court in 1857” (Griffin 71), as well as the Society of the Protection of Women and Children that formed outside of Parliament. With all of Parliament’s positive responses to the worrying populace, it was definitely a step in the right direction of women’s rights.
Life in the Victorian Era was definitely rough for women, since they had to live in a system that was against them in every way, including being legally barred from voting by the Reform Act of 1832 and suffering from many domestic assault cases, as well as having to live under the domestic umbrella. One of the main ways of speaking out against the unfairness was through works of literature, Oscar Wilde’s The Importance of Being Ernest sheds good light onto the societal pressures of relationships. Lord Alfred Tennyson’s poem “The woman’s cause is man’s” depicts deep metaphors of men and women’s roles in their relationships and marriages, and how they need each other to be truly happy and live a fulfilling life, claiming “[men and women are not] equal nor unequal: each fulfils / Defect in each” (lines 3123-3124), which means that both men and women have their unique faults and they fill in each other’s pieces missing from their personal puzzles. However, it was only a long, long matter of time before society came around to realizing that women are not lower of the steps of importance, they are right up there with the men of the world. 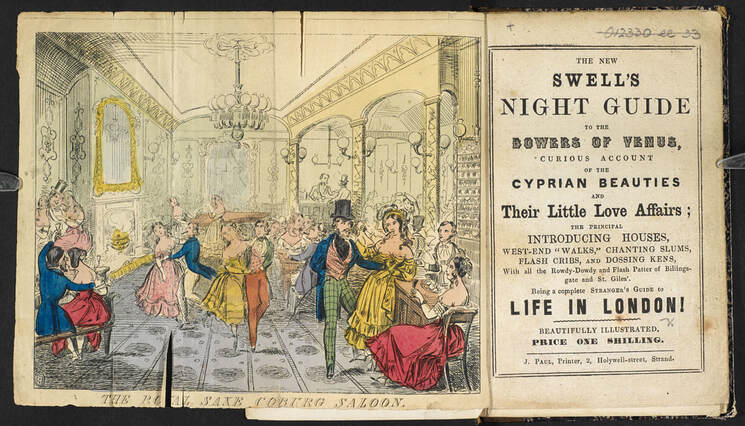